Bond, Treasury Bond: 007 Is Out of Cash, but Your Government Can’t Be 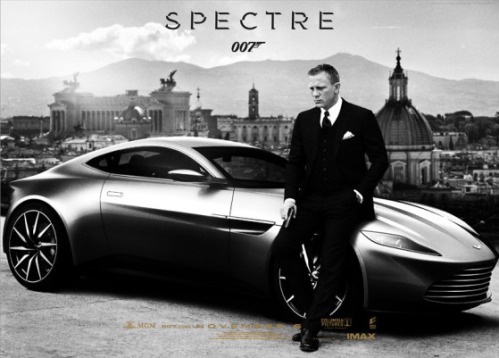 In the most recent James Bond film, Spectre (2015), a cabal of digital surveillance capitalists-cum-global terrorists known as SPECTRE attempt to take over the British national intelligence service. This clandestine group builds a flashy high-tech skyscraper in the heart of London and, at one point, it is explained that only private investment would be able to afford this cutting-edge structure.

In reality, the scenes inside the fictitious data center were shot within London’s current  City Hall. Yet according to the film’s harrowing storyworld, the British government simply does not have the money to commission such an extravagant edifice.

Though mentioned only in passing, this comment about the insufficiency of public funds appears to structure the film’s entire plot, which pits what is essentially an embattled government program against the allegedly greater powers of  global information capital.

Deemed “Bond for the age of austerity,” Spectre’s cash-strapped hero still gets a pair of handsome cars, as well as a perfectly pressed ensemble for every climate and occasion. In the end, however, what Spectre shows is that, today, it is easier to believe a man can single-handedly take down an evil capitalist organization than it is to imagine a government being able afford dazzling new public infrastructures. 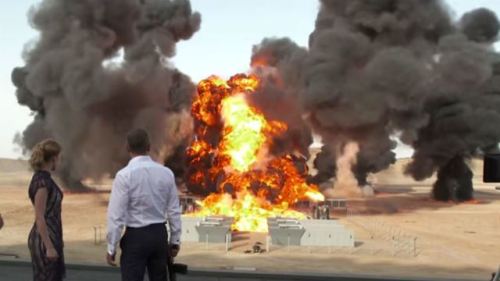 Meanwhile, the true specter haunting the latest installment of the Bond franchise is not global info capitalism, as the film’s narrative suggests, but rather what Modern Monetary Theory (MMT) reveals to be the limitless government treasury bonds that could be immediately deployed to enfranchise everyone. As MMT has it,

A sovereign government’s finances are nothing like those of households and firms. . . . [Such a] government does not need to ‘borrow’ its own currency in order to spend. Indeed, it cannot borrow currency that it has not already spent. . . . Government never needs to sell bonds before spending, and indeed cannot sell bonds unless it has first provided the currency and reserves that banks need to buy the bonds. . . . A sovereign government cannot become insolvent in its own currency; it can always make all payments as they come due.

MMT’s two-pronged revelation is that it is impossible for a currency-issuing government to run out of a unit that it alone supplies and that austerity is a cruel fiction that can be instantly reversed. More pointedly, there are no monetary reasons why we, as a public, cannot have nice things.

But with MMT, we can do Bernie one better. Just ask  Stephanie Kelton, a top MMT economist who also happens to be Sanders’s key economic advisor for his role as the ranking Democrat on the  Senate Budget Committee.

In addition to what Sanders is officially suggesting, we can also create a high-quality public child– and elder-care service; a robust public arts program; and a federally funded yet communally organized  public works system, which would guarantee everyone a job who wishes to have one.

Think of the latter as something akin to a permanent but more inclusive and locally sensitive version of the Works Progress Administration implemented under the Roosevelt presidency. This program would not only virtually eradicate problems of un- and underemployment. It would also establish just minimum standards for pay and benefits, put the means of production in the hands of workers, and ensure everyone’s right to meaningfully participate in shaping our world. 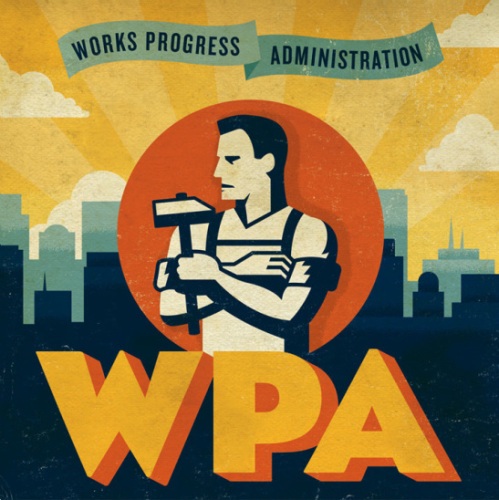 And such a world can be made ours without risking  inflationary price rises, says MMTers such as Kelton, so long as government funding remains directed at  real resources and productive capacities.

For all this, we require neither Bond-like physical prowess nor computer-simulated collisions. Instead, we’ll need an explosive combination that is at once more powerful and less substantial: political will and the capacity to electronically generate money out of thin air.

MMT shows that government spending works, not by draining physical money from public coffers but, rather, through “keystrokes” (i.e. pushing buttons on Treasury computers). Hands Typing on Computer Keyboard — Image by © Lawrence Manning/Corbis

Big budget digital spectacles such as Spectre will no doubt continue to thrill and delight global audiences. What we deserve, however, is a renewed and lustrous public life, which only government computers hold the power to make a reality.

(Originally posted on the blog The Unheard of Center: Critique After Modern Monetary Theory)

Scott Ferguson is a professor of Film & New Media Studies at the University of South Florida. Historically, he has published mostly in academic journals: Screen, Arcade, Qui Parle, Liminalities, and he has another piece forthcoming in the academic journal Discourse. He also has pieces appearing in CounterPunch, Arcade, and now Naked Capitalism. His recent CounterPunch piece is being translated into Spanish for the Leftist publication Rebelión.

One response to “Bond, Treasury Bond: 007 Is Out of Cash, but Your Government Can’t Be”