On Cooperationism: An End to the Economic Plague

Over thirty million Americans just filed first-time unemployment claims as a result of the economic devastation caused by the coronavirus pandemic, pushing unemployment to its highest levels since the Great Depression. Despite that, the US stock markets recorded in April their best month since 1987; after an initial shock, the markets rallied steadily, rising over 30 percent since their lows in late March. Most economists sounded puzzled and offered fanciful daily explanations. Even Paul Krugman had little to say, suggesting that “Investors are buying stocks in part because they have nowhere else to go.”

But it’s no wonder the markets defied the economic crash. For the markets, there is nothing like a good crisis when the right people are in power. Philip Mirowski wrote tellingly about this during the last debacle—the financial meltdown of 2008—under the moniker “Never let a serious crisis go to waste.” Now too, the Faustian logic as to why institutional investors just put their bets on the market should not escape us. 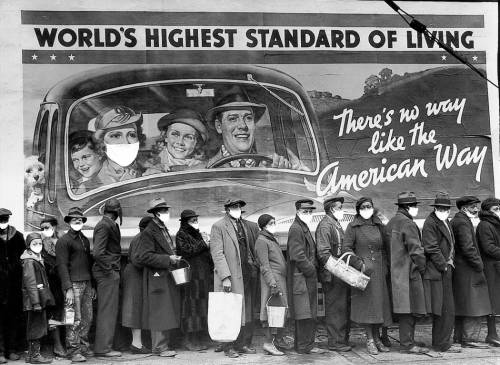 Second, the sunset provisions on the bailout restrictions will allow shareholders and managers to enrich themselves when an economic recovery eventually happens, again without ever needing to build reserves because they know they’ll be bailed out next time as well. As Tim Wu details, these recurring bailouts have allowed wealthy managers to pillage in good times—through stock buy-backs and exorbitant executive pay—and get rescued in bad. This too enhances market value while extracting capital for the wealthy.

Third, Trump has sapped any momentum toward universal health care by promising financial exceptions for coronavirus-related health care costs. These COVID-19 carve outs will protect the Republicans from backlash in the November 2020 elections. After it’s all over, the less fortunate will continue to be ravaged by ordinary cancers and poverty-related diseases without any coverage, to the financial benefit of private insurance and corporate and wealthier taxpayers.

Fourth, the pandemic is disproportionately decimating the most vulnerable populations: the elderly, the poor, the uninsured, the incarcerated, and persons of color. The racial imbalance is unconscionable: the coronavirus mortality rate for African Americans is almost three times higher than the mortality rate for whites. The rates of infection in prison and jails are also horrifying. The populations at risk are disproportionately older and poorer, so on Medicare and Medicaid. Some refer to this as “culling the herd.” Market investors can expect that social security will be less of a drag on the economy in the future.

Fifth, the Republicans have been able to secret into the bailouts tax bonanzas for millionaires. One such provision temporarily suspends a limitation on the amount of deductions to nonbusiness income that owners of businesses established as pass-through entities can claim as a way to reduce their taxes owed. The nonpartisan congressional body, the Joint Committee on Taxation, estimates this will disproportionately benefit about 43,000 taxpayers in the highest tax bracket (over one million dollars in income) who will receive an average windfall of 1.63 million dollars per filer.

The markets have become the mirror of an ugly truth. Michel Foucault presciently observed, back in 1979, that markets are the touchstone of truth in neoliberal times. And the ugly truth that they reveal today is that the pandemic is a goldmine for large-cap corporations, institutional investors, and the wealthiest. I once overheard a New York real estate tycoon talking about the land grab in the Adirondacks in the 1930s and commenting “Wasn’t the Great Depression grand!” Institutional investors must feel the same way about the COVID-19 pandemic.

Sadly, one can hardly expect that much difference in a Democratic administration, especially one that is equally beholden to Wall Street and wealthy donors. The last two—those of Bill Clinton and Barack Obama—avidly embraced neoliberal policies such as workfare for the unemployed and welfare for the corporate elite. The Hank Paulson and Timothy Geithner bailouts of 2008 were the model for today’s. 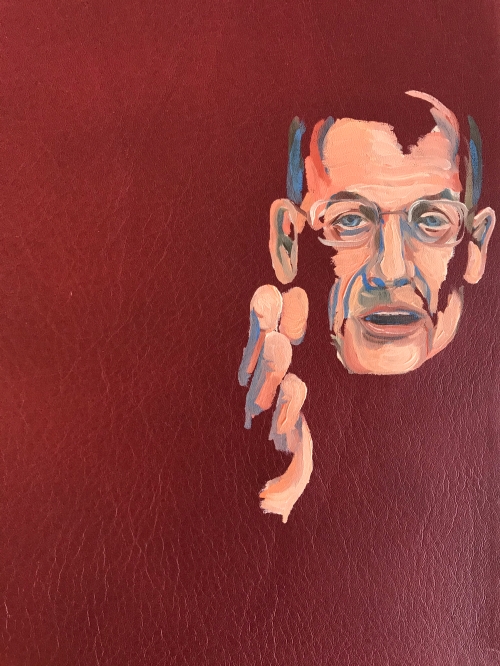 The only way forward—beyond a next Democratic administration—is a genuine legal transformation that replaces our existing corporate regime with cooperative, mutualist, and nonprofit enterprises. The many of us who create, invent, produce, work, and serve others need to displace the few who extract and hoard capital and put in place a new cooperationism that favors the equitable and sustainable distribution of economic growth and wealth creation.

The legal structure that enables the corporate form—what Katharina Pistor accurately calls the code of capital—has to be repealed and replaced with a new economic framework that circulates the wealth generated from production and consumption. These alternative legal forms, which have existed for centuries and surround us today, include cooperatives for producing and manufacturing, credit unions for banking, housing coops for living, mutualities for insuring, and nonprofit organizations for good works and learning.

This is also the only way to address head-on the global climate crisis. The logic, principles, and values of cooperative arrangements can serve to slow down our consumption-at-all-cost society. The goal of the cooperative enterprise is not to maximize the extraction of capital but to support and maintain all of the participants in the enterprise and to distribute well-being, which includes and depends on a healthy environment. By replacing the logic of capital extraction—the extractive logic as Saskia Sassen calls it—with an ethos of equitable distribution, we can prepare to address the climate crisis after the pandemic is over.

In hindsight, the term capitalism was always a misnomer, coined paradoxically by its critics in the nineteenth century. The term misleadingly suggests that capital inherently functions in certain ways, has a certain DNA, and is governed by economic laws. That’s an illusion though. Capital is just an artifact shaped by law and politics. Its code is entirely man-made. And as Thomas Piketty and others demonstrate, the current concentration of capital and increasing wealth inequalities today are nothing more than a political choice, not the product of any laws of capital.

In truth, we do not live today in a system in which capital dictates our economic circumstances. Instead, we live under the tyranny of what I would call “tournament dirigisme”: a type of state-directed gladiator sport where our political leaders bestow spoils on the wealthy in order to get reelected (and increasingly, to self-fund their own political campaigns).

We need to displace this tournament dirigisme with a legal and political framework that favors cooperation and collaboration between those who create, invent, produce, work, labor, and serve others. Rather than corporations that extract capital for the few shareholders and managers, we need cooperatives, mutuals, and nonprofits that distribute the wealth they create widely to everyone in the shared enterprise; and continually guard against the gross disparities in pay that now characterize our gladiator dirigisme. It will be the only way to tame our obscene and destructive consumerism.

It is not enough to increase progressive wealth taxes on the billionaires and invest more in public hospitals and public schools, as Piketty recently suggested. That won’t fundamentally change the Faustian logic and temptations. Instead, and urgently, it’s time to replace our system of tournament dirigisme with a new cooperationism.

Too many of us in this country are still entranced by the myth of American individualism—the idea that we can go it alone and invent and create and build things by ourselves and reap all the benefits. It is so ingrained in the public imagination, tied to the image of the pioneer gold digger and the shiny rewards of solitary hard work. The ideology undergirds the corporate form and the logic of capital extraction. But for the most part, we succeed in inventing, creating, and producing through mutual support, working together, and collaboration. It is these forms of cooperation that must ground a postpandemic economy.

This pandemic and economic crash must not prevent us from working together to place ourselves in a better position to deal with the other crisis—climate change—still looming on the horizon. On the contrary, these times call for a legal, political, and economic revolution to ring in a new epoch of cooperationism. This will demand political will. It will not come from our political leaders, so beholden now to corporate contributions. It will have to come from us all united.

[A version of this post appears in French at AOC]

Bernard E. Harcourt is a professor of law and political science at Columbia University in New York City and directeur d’études at the École des hautes études en sciences sociales in Paris.  He is the author of The Illusion of Free Markets (2011) and The Counterrevolution (2018), and of the forthcoming book Critique & Praxis (2020).

2 responses to “On Cooperationism: An End to the Economic Plague”