But He’s Much Bluer than When I Went Away

Many of us will recognize two cognitive phenomena from the intense experience of the coronavirus lockdown. The first is fairly ubiquitous. It is a perception that something is as likely to happen as not. It is as likely as not there will be a vaccine by the summer of 2021. It is as likely as not covid-19 is here to stay. Educational institutions are as likely as not to convene in person at some point in the coming academic year. Most countries are as likely as not in the deepest recession since the Great Depression, and so on. Forebodings of this type index the disquiet of our times. They also index a condition of skepticism—in the precise philosophical sense of the term. Such obtains from diverse intersecting traditions, as South Asian Mādhyamika Buddhism, Hellenistic Pyrrhonism, some chapters of American pragmatism and European poststructuralism, included (see W. J. T. Mitchell on the concept of the epoché). 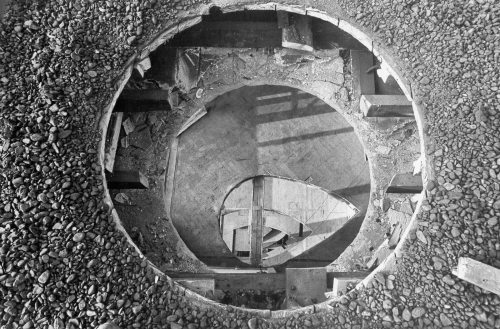 Philosophical skepticism describes the equality of all antilogies. This means that cheerfulness and dejection, pleasure and pain are random points in a torque or shades of the same palette. Each leads to the other and back again. As well, each holds, each fails to hold, each both holds and fails to hold, each neither holds nor fails to hold. The Pyrrhonist and Buddhist so-called tetralemma formula of noncontradiction gets to the heart of the matter. Any position or theory or belief (indeed, any deed, act, or advantage) is no more than it is not; it both is and is not; it neither is nor is not.

The second cognitive phenomenon at hand is harder to pin down. It is a state of consciousness about something we have known for a very long time without bringing to the forefront of understanding. The experience is similar to an “aha” moment. Aha! The virtual face is more companionable than the telephonic voice. Aha! Distraction serves concentration better than homogenous empty time. Aha! Consumerism may be bad for the soul, but it certainly energizes the spirit.

There are more exacting examples. The disproportionate covid-related death toll of African Americans in the US and of Pakistani, Bangladeshi, and other black communities in the UK brings awareness to perfectly well-known, longstanding racialized disparities in health and access to medical care. The mass exodus of starving migrant workers making their way home from locked-down cities in India is arguably the worst such after Partition. Yet it relays no new data. It is a stark resume of known unknowns: every single aspect of routine lifestyle in the subcontinent runs on the back of precarious informal livelihoods.

The two phenomena under review may seem incongruous but are closely linked. Skeptical conditions (those we cultivate and which beset us, as at the present world- historical moment) are not ends in themselves. Nor are they alibi for existential defeatism and the view that the external world is just a rumor. Made over as spiritual exercises they show the way to ataraxia, the Greek word for undisturbedness, and to sthitaprajña, the Sanskrit word for something like a standing-still mentality. Both words are from the ancient skeptical lexicon, and the eventual respite from uncertainty that they hint at is the opposite of insensibility. (After all, the peaceful skeptic sage is depicted as enlightened rather than asleep).

A well-honed practice of noncontradiction is a deep epistemological cleanse that deflects attention from content, argument, and expectation to the quality of what is manifestly staring us in the face. It prompts us to trust direct interactions with the world rather than be swayed by prejudice and convention. It intensifies what is given and makes us present and alive to such—namely, woke, to follow the AAVE, or African American Vernacular English word. In this way, skepticism is a sine qua non of consciousness.

Consider a literary gloss. In his 1908 play, The Blue Bird, the Belgian writer Maurice Maeterlinck (an acknowledged skeptic and mystic) tells the story of two disaffected children who embark on a quest for knowledge. They learn nothing new. They stop searching. Once back home they notice that their pet bird, a turtledove, is much bluer than when they went away.

There’s some more to learn on the topic from the Consciousness-Raising (C-R) projects of 1960s and 1970s second-wave feminism that took hold in various postwar welfare societies. The C-R concept was put to circulation in 1968 by Kathie Sarachild, a member of the New York based Redstockings of the Women’s Liberation Movement and coeditor of Woman’s World newspaper. In time, the meaning of consciousness in this context became as diverse as its constituencies across civil rights venues, gay liberation, speakout and zap action groups, antiwar forums, and (within the academy) women’s studies programs, including feminist poetics, spirituality, and science.

There was a consensus that consciousness does not target the unconscious, namely, any sum of mental operations to occur well below the level of conscious awareness. Nor is it the rarefied presentism of mindfulness meditation with a limit on recursive and projective thinking. It is, rather, an orientation to what is already there but so much in plain view as to be unintelligible, much like Maeterlinck’s turtledove—and the daily housework performed by a homeless migrant laborer in Delhi and the calculus of risks for women in the present conditions of compulsory domestic confinement (as Bikas Sarma and Shruti Sarma observe in their response to Catherine Malabou in this forum). There’s another problem. The already there is hard to grasp, tout court, because it is obscured, variously, by false consciousness, bad representations, and estrangement, to name but a few malefactors.

C-R protocols do not pave the way to some unalloyed jewel of consciousness. The major payoff of an elevated consciousness is the end of isolation. The systems that obscure are the very same that quarantine. Once free of these—and to borrow some words from the American skeptical philosopher, George Santayana—we begin (to think, to act) in medias res; that is, right into the unpartitioned middle of things.1   Where there is consciousness there is connectedness, according to many flag bearers of the C-R movement.

To be conscious is to be minimally aware of the ambient world and the presence of others (no different from Thomas Nagel’s echolocation bats). A conscious person is not particularly brilliant or wise. But they are likely to be good company in a lockdown. They are also likely to wear a mask in public, less to protect themselves as others who are vulnerable to infection.

Ancient and medieval Indic philosophers are very taken by a Ṛgveda parable of two birds, beautiful of wing, who shelter in a common tree. One eats the fruit of the tree. The other does not eat but watches its fellow. The birds are said to stand for the duality of consciousness (active/passive, finite/infinite, mundane/enlightened, and so on).

In the soteriological gloss on this parable, the noneating bird is perched above and measures her distance from the lower bird, somewhat smugly. Her actual sights are on the insipid metaphysical fruit further up in the canopy. In the devotional gloss on the same story there is no arboreal hierarchy. The birds are close companions and look upon each other adoringly. They grasp the inextricability of testimony and witnessing, eating and not eating, breathing and not breathing. Whatever they know they know with each other.

Leela Gandhi is John Hawkes Professor of Humanities and English at Brown
University. She is the author of Postcolonial Theory (Second edition, 2019), The Common Cause (2014), and Affective Communities (2006).

One response to “Skeptical Conditions”