Groundhog Day and the Epoché

I thought that, by seventy-eight, I had seen everything.  Every epidemic from polio to AIDS to SARS. Every war from Korea to Vietnam to Iraq and Afghanistan and the endless, stupid “War on Terror.” Every terrible president from Nixon to Reagan to Bush. Around the fall of 2016, with the election of Donald Trump, I was reminded of the old proverb, “You ain’t seen nothing yet.” Now, in the spring of 2020, we see how deep nothingness can be, a black hole in time that has sucked the entire world into its gravitational field. And so I began thinking about time, the present moment, and asking why and how it might provide a unique moment of insight.

Of course, since we are in a state of emergency, crisis, and exception, who has time to think about time? Nurses, orderlies, doctors are overwhelmed with sixteen-hour days of nonstop work; grocery clerks, immigrant fruit pickers, and meat processors are essential workers, while  the poor and people of color line up with millions of unemployed at food banks. Politicians scurry about covering their asses, or making up for the incompetence at the helm of the national government, and we watch as the richest, most technologically advanced country on the planet, with 2 percent of the world’s population, catches one-third of the cases of coronavirus at the latest count and boasts the worst record in the first world for mismanagement of the crisis. 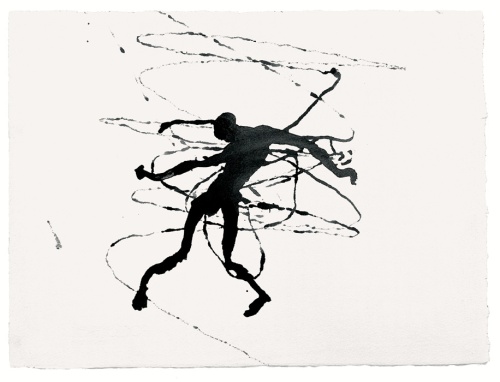 So who has time to think about time?  The answer is stunningly clear.  We do.  I mean those of us who are paid to think, and write, and teach and who may be lucky enough to still be on the payroll of some academic institution.  Or those of us who are retired, drawing a pension, lucky to be sequestered at home rather than condemned to the petri dish of a nursing home.  As someone who is on the verge of retirement, in the process of stepping down from the helm of Critical Inquiry, a journal I have edited for the last forty-two years—the time of “theory”—I had already been thinking about time, numbering my days, and reflecting on the question of time itself.  Inspired by the maddest American political epoch in my lifetime, launched by the election of 2016, I had already plunged into the vast philosophical, historical, and scientific literature on time, trying to make sense of what makes this moment both unprecedented and utterly predictable, unique and yet exemplary, terrifying and yet filled with potential.[1] Above all I wanted to ask what makes this a teachable moment, one from which we could learn something together. And so I have found myself writing in the present tense about an extraordinarily tense present.

I have not been doing this alone.  On every side, pundits, essayists, poets, artists, intellectuals, novelists, historians, political theorists, and philosophers have been weighing in.  The present “Posts from the Pandemic” on the Critical Inquiry blog, “In the Moment,” have been pouring in from all over the world, crossing the screens of our editorial collective for debate and evaluation, and then reaching out to a readership much more numerous and far-reaching than the usual audience of a scholarly journal devoted to criticism and theory.

The result has been an enormous outpouring of thoughtful reflection gathered up in these posts.  They range from the personal and confessional (Slavoj Žižek noting that he finds himself hoping he will catch the virus) to the apocalyptic and prophetic (Bruno Latour and Achille Mbembe linking the pandemic to climate change, and Joshua Clover bringing it all back to capitalism).  Science (Norman Macleod urging us to “show some respect” for viruses and viral metaphors) and the history of science (Catherine Malabou and Lorraine Daston reflecting on how intellectuals have responded to plague).  Practical wisdom (Carol J. Adams on “anticipatory care-giving” and why we shouldn’t shake out clothes before washing them; Bill Ayers on the trials and dangers of Zoom teaching).   Virus-inspired reflections on biopower and biopolitics are everywhere as Michel Foucault’s prophetic writings continue to resonate (according to Daniele Lorenzini), and Jacques Derrida’s metaphorics of autoimmunity looms on the horizon. Katherine Hayles’s posthumanism relocates our bodies as the battleground between simplicity and complexity, viruses and the counter-virus of human intelligence. Affect theory and collective emotion go global in new forms of wonder and anxiety; the poetry of domestic immersion (Andrea Brady’s “Hanging in the Air”), ferocious tirade (Charles Bernstein’s “Covidity”), and John Wilkinson’s meditation on a time that has lost its legs to love. Mick Taussig’s shamanism finds a vocation, amid the “comic dimension” of self-isolating critical theorists, scholars, and poets laboring at their laptops, promoting their pet theories, predicting both u- and dys-topia, a new world of Green Socialism or a suicidal species hell-bent on authoritarian populism, nationalism, and racism.

Are these “end times”?  Trump’s favorite Evangelical minister, Robert Jeffress, pastor of the Dallas First Baptist Church, recently conjured with the possibility that the coronavirus is an apocalyptic judgment from God. Although he asserted with total confidence that “all natural disasters can ultimately be traced to sin,” he reassured his flock that this is not the Biblical plague that signals the apocalyptic end times. The reason: the Antichrist has not appeared yet.  Please excuse the uncontrollable laughter that follows this remark as I watch the Dear Leader pontificate on the medicinal virtues of Lysol. Just kidding, wasn’t he?

So, are we experiencing the onset of a New World Order? Peter Szendy’s “Viral Times” explores the temporal paradoxes of “hypervelocity and standstill,” the onset of a surprise that was unthinkable a few short months ago and utterly predictable after “decades of neoliberal dismantling of health and research infrastructures.” Emmanuel Alloa, on the other hand, finds himself “envying the confidence” of those who are “eager to explain to us that everything they have been saying for years has thus proved to be right.”  Meanwhile, Irina Dumitrescu and Caleb Smith comfort us with reminders of monastic life as a precedent for temporal stress and chances for the “care of self” produced by “social isolation.”  If Hans Blumenberg were still among us, he would no doubt remind us that the trope of “Shipwreck with Spectator” is a “metaphor for existence,” especially that of the philosopher who withdraws from the world to observe it from the solid ground of reason.  But he would then go on to note that Nietzsche launched an epoch in the history of philosophy by declaring (with Pascal) that “we have left the land and have embarked. We have burned our bridges behind us—indeed, we have gone farther and destroyed the land behind us.”[2]

Let us agree, then, that we are “all at sea,” and even “all in the same boat,” Spaceship Earth drifting like a modern Titanic whose fate is still unknown, with first-class cabins protecting some of us from the chaos in the engine room and steerage, while the band plays on in the cyber salons.  We live in what historians call an “epoch,” a crazy, possibly revolutionary turning point in history in which old certainties collapse and science reveals its true nature as a discourse of contingency, uncertainty, and the incalculable.  At the same time, it feels like we socially isolated hermit scholars are trapped in the film Groundhog Day (1993), caught in a time loop in which every day feels like the last, but we are given one more chance for an imaginary do-over.  One prediction seems secure:  the dates of B.C. and A.D. will now designate the “before” and “after” of COVID-19 as a caesura in the time of our species on this planet.  A global pandemic coupled with a financial crisis on the scale of the Great Depression looms before us.  In the scale of cosmic time, this is a mere moment that will pass in the “blink of an eye,” what Germans call an Augenblick. In human history it promises to be a game changer.

The concept of epoch, the revolutionary turning point or “momentous moment,” is not the sole property of history.  Philosophy, especially skepticism and phenomenology are also grounded in the concept of the epoché, Edmund Husserl’s method of “bracketing” or “suspending” judgment in order to ponder our percepts and concepts for just a moment before getting back to work.  We lucky scholars thrive in “down times,”  “time-outs,” moments of suspension or bracketing of judgment, when we are compelled to meditate on both our objective perceptions and the “objectless representations” of collective hallucinations, dreams, fantasies, and ideologies.  The distinct scales of immediate, urgent, and microscopic “viral times” and the macroscopic planetary scale of climate change converge, as Achille Mbembe argues, and so with every breath you take, every move you make, CI will be watching you.

W. J. T. Mitchell is the editor of Critical Inquiry.

[1] See also “American Psychosis:  Trump and the Nightmare of History,” Lecture at the University of Geneva, January 17, 2017.

5 responses to “Groundhog Day and the Epoché”